The Grand Anicut, also known as the Kallanai, is an ancient dam built on the Kaveri River near Tirchi in the state of Tamil Nadu in southern India. It was built by the Chola kin 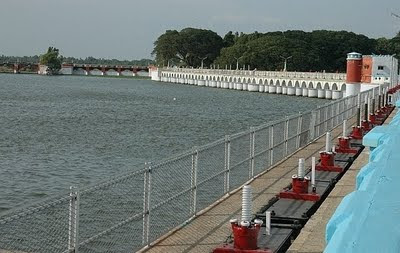 g Karikalan around the 2nd Century BC and is considered one of the oldest water-diversion or water-regulator structures in the world, still in use.

The Kallanai is a massive dam of unhewn stone, 329 metres (1,080 ft) long and 20 metres (60 ft) wide, across the main stream of the Kaveri. The purpose of the dam was to divert the waters of the Kaveri across the fertile Delta region for irrigation via canals. So well built was the Anicut that Arthur Cotton, arguably the most famous civil engineer in the history of the British raj, admitted that he used its design for 19th century irrigation 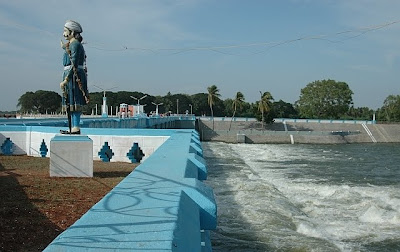 works on the same river system. Cotton’s improvement to the dam makes the Grand Anicut the oldest functioning irrigation works in the world.

The area irrigated by the ancient irrigation network of which the dam was the centrepiece was 69,000 acres (280 square kilometres). By the early 20th century the irrigated 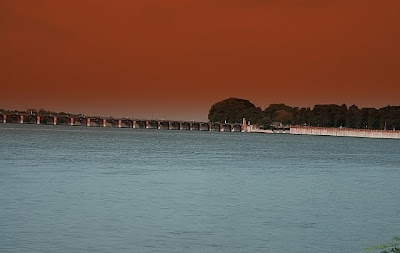 The Cauvery river branch here into the Kollidam and this is perhaps the beginning of the Cauvery delta. A visit to this place puts in perspective the great engineering feats by the ancients still standing testimony to a glorious tradition. That a structure can last a full 1000 years and be still performing is amazing. When the gates are opened the fishermen gather in a collective and spread their nets for a harvest. Curious onlookers watch the proceedings.